It is a state-of-the-art gene therapy aimed at blocking the infinite proliferation of cancer and destroying cancer cells. 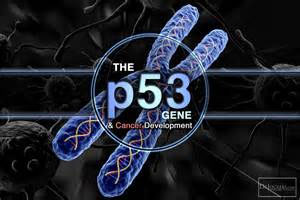 What is Cancer Gene Therapy?

Cutting-edge treatment to work on “cancer” cause genes Cancer is the abnormal result of many accumulated genetic mutations. Gene therapy is a treatment method that reduces gene abnormality that becomes a source of cancer. There are two types of gene therapy that can be treated in the regenerative future. Although immunotherapy may take 1 to 2 months until it becomes effective, gene therapy is characterized by only 2 to 3 weeks until an effect appears. Another feature is that there is almost no tolerance to the drug (that the treatment will not work) and that treatment is possible even when immunity is reduced by anti-cancer drugs or radiation therapy. 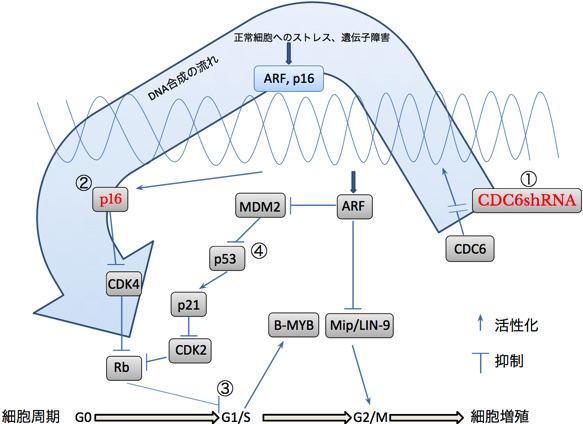 One of the CDC6shRNA active genes focuses on the distinctive feature of the cancer mechanism “infinite growth” and destroys (knocks down) [1] the DNA Replication Factor called CDC6 which are highly expressed in many cancers.

Then p16 [2] repairs the mechanical path of Tumor Suppressor Gene Rb, and stops the origin of the cell growth called the cell cycle [3]. It stimulates the p53 gene which is the so-called “guardian angel of genes”, and [4] works effectively and promotes self-destruction of cancer cells. In addition, it uses a lentiviral vector as the most efficient vector (genetic carrier) in gene therapy and is characterized by its ability to incorporate genes into cancer cells with high efficiency.

2. E10A
E10A is a drug that utilizes a vector (adenovirus type 5) and introduces therapeutic genes such as endostatin and other interferon genes into cancer cells to produce therapeutically effective products. E10A is primarily aimed at treating solid cancers such as head and neck cancer, liver cancer, pancreatic cancer, lung cancer, colon cancer and prostate cancer.

Today, endostatin is the most desirable angiogenesis inhibitor that can be used to suppress tumor growth and stop metastases. E10A, which introduces vascular endothelial inhibitory factor using adenovirus type 5, effectively suppresses tumor growth by inhibiting angiogenesis and further brings about apoptosis and necrosis. 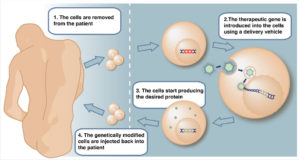 This treatment is already under way in other countries such as the world’s leading cancer hospital “MD Anderson Cancer Center” in the USA.

Definition
The p53-protein is a tumour suppressor and one of the most important controlling instances for cell growth; as such, it is also a central point of oncological research.

Background
The tumour-suppressing gene of the same name, p53, is located on chromosome 1703.1.

Its molecular weight is 53 kDa (thus the name) and its half-life is approximately 20 to 30 minutes. The intracellular concentration increases significantly if DNA damage occurs. In genomically inconspicuous cells, the p53-protein is found inactivated and bound to its inhibitor, the HD11.2 (humand-double-minute-chromosome2 gene).

Meaning
The p53-protein plays a central part in the expression of genes contributing to the regulation of apoptosis and DNA repair. In 1992, it was declared “Guardian of the Genome”, and in 1993 it was made “Molecule of the Year”.

Activation
P53-Protein is activated via phosphorylation by the enzyme ATM-Kinase (ataxia telangiectasia mutated kinase), which is induced during DNA-damaging stimuli, such as UV Light. Through phosphorylation, the p53-protein is transformed into its confirmation state so that HMD-2 can be diffused and only activated p53 remains. This process guarantees that the protein levels stay constant and can be raised quickly if need be.

Function
The p53-protein is able to interrupt the cell cycle and thus stop the proliferation of a genomically suspicious or damaged cell. As a result, the cells have more time to repair themselves, or in case of mistakes that cannot be corrected, to initiate programmed cell death.

5.1 G1-Blockade
The interruption of the cell division can occur in the G1-Phase, i.e. before the restriction point. Here, p53 induces the expression of Protein p21 which inhibits the D-Cyclin/CDK4/6-Complex – which is independent from growth rate – and the Cylin E/CDK2-Complex which triggers the transition between the GO-Phase and the G1-Phase.

5.2 G2-Blockade
An arrest of cell division can also occur after faulty or incomplete replication of the genome (in the 5-phase) during the G2-Phase. In this case, p53 prevents the forming of the B-Cyclin/CDK1-Complex which is essential for starting the cell’s mitosis phase.

5.3 Apoptosis
In extreme cases, inducing the BAX-protein of the BCL2-family starts apoptosis.

P53 Mutation
A mutation of the genes is evident in about 60 per cent of all tumour-based diseases. This is important since a genetically damaged and potentially malicious cell is unable to enter apoptosis in order to destroy itself. Patients with p53-Muatation respond worse to, for instance, chemotherapy, since the genomic damaged cells that form here cannot be eliminated by the p53 or apoptosis. They may continue to proliferate and, in the worst case, even metastasize. The defect p53-protein is not the cause of cancer but the body’s inability to prevent cell damage and malicious growth at an early stage. Tumour-based diseases caused by p53-mutation are e.g. adrenocortical carcinoma, esophagus carcinoma and nasopharynx carcinoma.

New approaches in cancer therapy research consist of creating a “molecular prosthesis” for the mutated, defunct p53-protein. Prominent representatives are CP-31398 and PRIMA-1/APR-246 which have caused rapid tumour cell death through the restoration of p53-functionality in knockout-mice with lymphoma and sarcoma. APR-246 blinds covalently to the cystein rest in the core of the p53 protein which restores normal formation and function. This approach is more tumour-specific than conventional chemotherapy and appears to have fewer side effects.