2012 Stability of GcMAF in Serum

Second-generation GcMAF is tested for macrophage phagocytic activity using mouse macrophages and sheep red blood cells at the University of Tokushima. The red blood cells are opsonized which marks them for ingestion and destruction by activated macrophages, seen as purple areas in the clear cells. From this we calculate the Phagocytosis (ingestion) Index (PI). 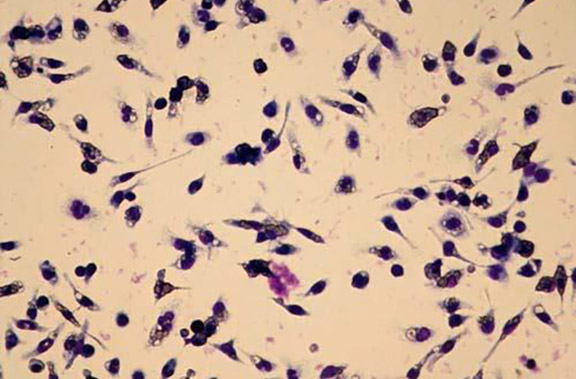 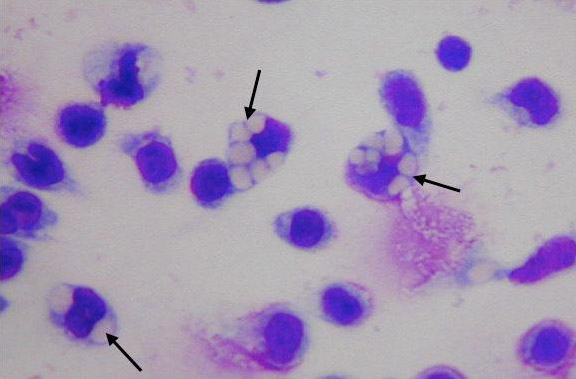 Macrophage cell line THP-1 incubated (A) without GcMAF and (B) with second-generation GcMAF (500 ng/ml GcMAF for 120 min) after addition of fluorescent beads (red) starts to give off red fluorescence after engulfment. Although red fluorescent beads were found within macrophages in both treatment groups A and B (indicated by white arrow), a much larger number of florescent beads were stacked beside the nucleus (blue) in the GcMAF treatment group. This result shows that second-generation GcMAF strongly activates macrophages and enhances the engulfment of beads used in this assay system. THP-1 cell line macrophages were induced by 10ng/ml 12-O-Tetradecanoylphorbol-13-acetate (TPA).

For more on this assay system, see
A Novel Assay System for Macrophage-activating Factor Activity Using a Human U937 Cell Line

Increased rate of maturation of dendritic cells (DCs) in vitro

Flow-cytometric analysis of dendric cells (DCs) grown from normal peripheral blood with and without second-generation GcMAF on specific marker expression after 6 and 8 days of cultivation.

How Does the Test Work?

Mature DCs are detected by the presence or absence of various molecules on their cell surface. These include molecules such as CD83+, HLA-DR+, CD86+, CD1a, CD11c which can be measured. 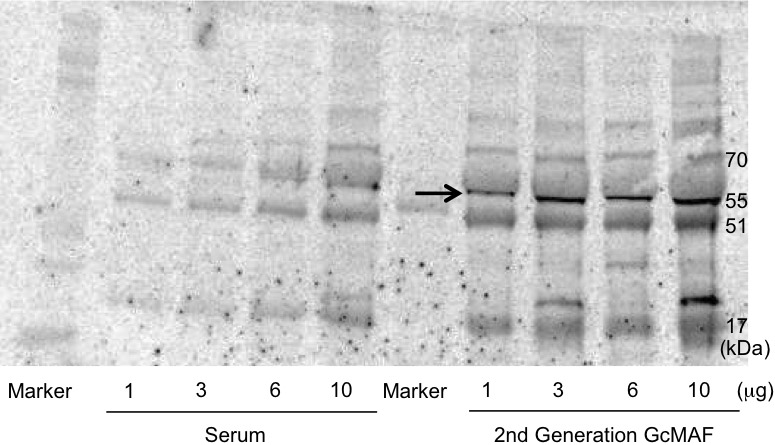 100 ng Oral Colostrum MAF has a macrophage phagocytic activity equivalent to 10 ng of first-generation GcMAF. Pure colostrum shows no significant activity compared to the control sample, so pure colostrum does not activate macrophages unless modified using our patented technology.

Oral colostrum MAF (macrophage activating factor) is administered orally in the gut in enteric capsules and as a powder. This activates macrophages in the lymphoid tissue of the gut and mouth which are important parts of the human immune system. 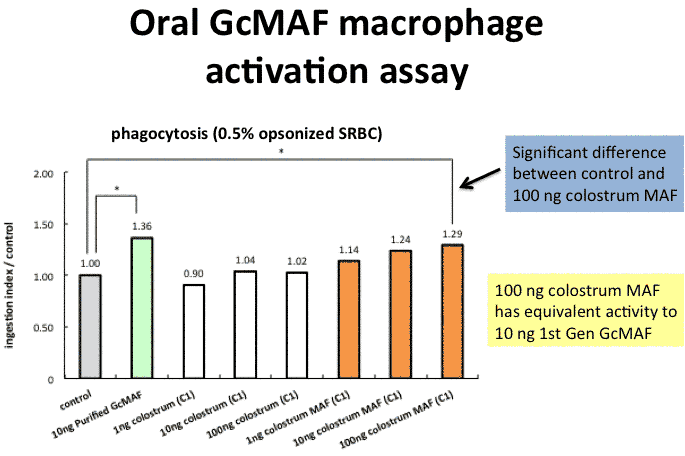 If you wish to undergo GcMAF therapy or make an enquiry, please contact us with details of your illness, current treatment and the quantities of Gc-MAF you require.