High Dose Vitamin C is a term describing the consumption or injection of vitamin C (ascorbate) in doses comparable to the amounts produced by the livers of most other mammals. Such dosages correspond to amounts well beyond the current Dietary Reference Intake. Oral dosages are usually divided and consumed in portions over the day. Injections of hundreds of grams per day are advocated by some physicians for the treatment of certain conditions, poisonings, or recovery from trauma. People who practice high dose vitamin C may consume many vitamin C pills throughout each day or dissolve pure vitamin C crystals in water or juice and drink it throughout the day.

High dose vitamin C are claimed by alternative medicine advocates including Matthias Rath and Patrick Holford to have preventative and curative effects on diseases such as cancer and AIDS, but the available scientific evidence does not support these claims.

Some trials show some effect in combination with other therapies, but this does not imply high dose vitamin C in themselves have therapeutic effect. 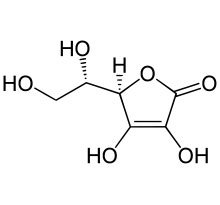 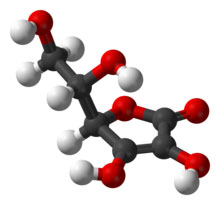 The World Health Organization recommends a daily intake of 45 milligrams (mg)/day of vitamin C for healthy adults, and 25–30 mg/day in infants. Vitamin C is necessary for production of collagen and other biomolecules, and for the prevention of scurvy. Vitamin C is an antioxidant, which has led to its endorsement by some researchers as a complementary therapy for improving quality of life. Since the 1930s, when it first became available in pure form, some physicians have experimented with higher than recommended vitamin C consumption or injection. Primates, including humans, and guinea pigs do not synthesize vitamin C internally.

Vitamin C has been promoted in alternative medicine as a treatment for the common cold, cancer, polio and various other illnesses. The evidence for these claims is mixed. Orthomolecular-based high dose recommendations for vitamin C are based mainly on theoretical speculation and observational studies, such as those published by Fred R. Klenner from the 1940s through the 1970s. There is a strong advocacy movement for such doses of vitamin C, and there is an absence of large scale, formal trials in the 10 to 200+ grams per day range. The single repeatable side effect of oral high dose vitamin C is a mild laxative effect if the practitioner attempts to consume too much too quickly. A tolerable upper limit (UL) of vitamin C was set at 2 grams for the first time in the year 2000, referencing this mild laxative effect as the reason for establishing the UL.

Adsorption of orally-delivered vitamin-C is limited to 100mg/day. Oral administration, even of mega doses, cannot raise blood concentration above 0.1mM.

Cancer
The use of vitamin C in high doses as a treatment for cancer was promoted by Linus Pauling, based on a 1976 study published with Ewan Cameron which reported intravenous vitamin C significantly increased lifespans of patients with advanced cancer. This trial was criticized by the National Cancer Institute for being designed poorly, and three subsequent trials conducted at the Mayo Clinic could not replicate these results.

More recently, in vitro data in animal models suggests intravenous ascorbic acid at high doses may hold some promise in the treatment of cancer; however, this has not been supported in more rigorous clinical trials in humans. Preliminary clinical trials in humans have shown that it is unlikely to be a “miracle pill” for cancer and more research is necessary before any definitive conclusions about efficacy can be reached. A 2010 review of 33 years of research on vitamin C to treat cancer stated “we have to conclude that we still do not know whether Vitamin C has any clinically significant antitumor activity. Nor do we know which histological types of cancers, if any, are susceptible to this agent. Finally, we don’t know what the recommended dose of Vitamin C is, if there is indeed such a dose that can produce an anti-tumor response.

The American Cancer Society has stated, “Although high doses of vitamin C have been suggested as a cancer treatment, the available evidence from clinical trials has not shown any benefit.

Burns
One study performed in 2000 used high intravenous doses of vitamin C (66 mg/kg/hour over 24 hours, for a total dose of around 110 grams) after severe burn injury, but despite being described as promising, it has not been replicated by independent institutions and thus is not a widely accepted treatment. Based on that study, the American Burn Association (ABA) considers high dose ascorbic acid an option to be considered for adjuvant therapy in addition to the more accepted standard treatments. However, one medical review article noted vitamin C at the doses studied can be toxic, and recommended further validation by future studies before this therapy is clinically used.

Although sometimes considered free of toxicity, there are known side effects from vitamin C intake, and it has been suggested that intravenous injections should require “a medical environment and trained professionals.

Side effects
Blood levels of vitamin C remain steady at approximately 200 mg per day. Although vitamin C can be well tolerated at doses well above the RDA recommendations, adverse effects can occur at doses above 3 grams per day though overload is unlikely. The common ‘threshold’ side effect of high dose is diarrhea. Other possible adverse effects include increased oxalate excretion and kidney stones, increased uric-acid excretion, systemic conditioning (“rebound scurvy”), preoxidant effects, iron overload, reduced absorption of vitamin B12 and copper, increased oxygen demand, and acid erosion of the teeth with chewing ascorbic-acid tablets. In addition, one case has been noted of a woman who had received a kidney transplant followed by high-dose vitamin C and died soon afterwards as a result of calcium oxalate deposits that destroyed her new kidney. Her doctors concluded that high-dose vitamin C therapy should be avoided in patients with renal failure.

Chance of overdose
As discussed previously, vitamin C generally exhibits low toxicity. The LD (the dose that will kill 50% of a population) is generally accepted to be 11900 milligrams [11.9 grams] per kilogram in rat populations.

Conflicts with prescription drugs
Pharmaceuticals designed to reduce stomach acid, such as the proton-pump inhibitors (PPIs), are among the most widely-sold drugs in the world. One PPI, omeprazole (Prilosec), has been found to lower the bioavailability of vitamin C by 12% after 28 days of treatment, independent of dietary intake. The probable mechanism of vitamin C reduction, intragastric pH elevated into alkalinity, would apply to all other PPI drugs, though not necessarily to doses of PPIs low enough to keep the stomach slightly acidic. In another study, 40 mg/day of omeprazole lowered the fasting gastric vitamin C levels from 3.8 to 0.7 µg/mL.

Aspirin may also inhibit the absorption of vitamin C.

Since its discovery, vitamin C has been considered almost a panacea by some, although this led to suspicions of it being overhyped by others.

Humans and higher primates, as well as guinea pigs and small number of other animal species, carry a mutated and ineffective form of the enzyme L-gulonolactone oxidase, the fourth and last step in the ascorbate-producing machinery. This mutation likely occurred 40 to 25 million years ago (in the anthropoids lineage). The three surviving enzymes continue to produce the precursors to vitamin C, but the process is incomplete and the body then disassembles them. 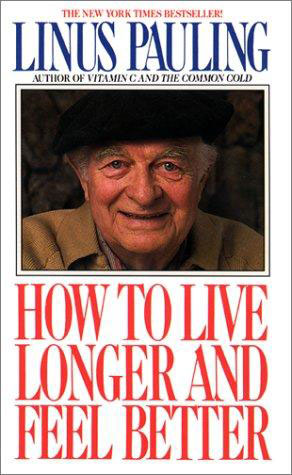 In the 1960s, the Nobel-Prize-winning chemist Linus Pauling, after contact with Irwin Stone, began actively promoting vitamin C as a means to greatly improve human health and resistance to disease. His book How to Live Longer and Feel Better was a bestseller and advocated taking more than 10 grams per day orally, thus approaching the amounts released by the liver directly into the circulation in other mammals: an adult goat, a typical example of a vitamin-C-producing animal, will manufacture more than 13,000 mg of vitamin C per day in normal health and much more when stressed.

Matthias Rath is a controversial German physician who worked with and published two articles discussing the possible relationship between lipoprotein and vitamin C with Pauling. He is an active proponent and publicist for high-dose vitamin C. Pauling’s and Rath’s extended theory states that deaths from scurvy in humans during the ice age, when vitamin C was scarce, selected for individuals who could repair arteries with a layer of cholesterol provided by lipoprotein(a), a lipoprotein found in vitamin C-deficient species (higher primates and guinea pigs).

Stone and Pauling believe that the optimum daily requirement of vitamin C is around 2,300 milligrams for a human requiring 2,500 kcal a day.

Pauling criticized the established US Recommended Daily Allowance, pointing out that it is based on the known quantities that will prevent acute scurvy but is not necessarily the dosage for optimal health